One of those things you look for after all these years are the bit players/extras who keep showing up. We all know about Michael Lally, of course, but who else shows up multiple times. I've found a couple of interesting examples. 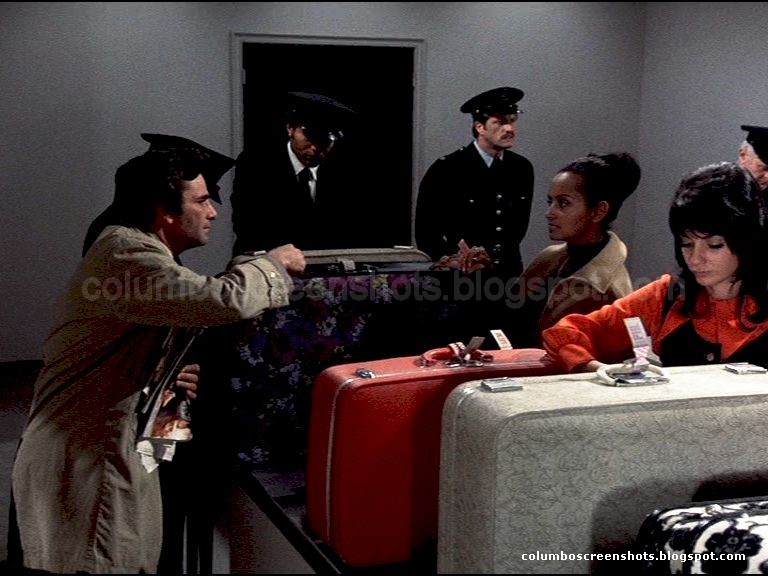 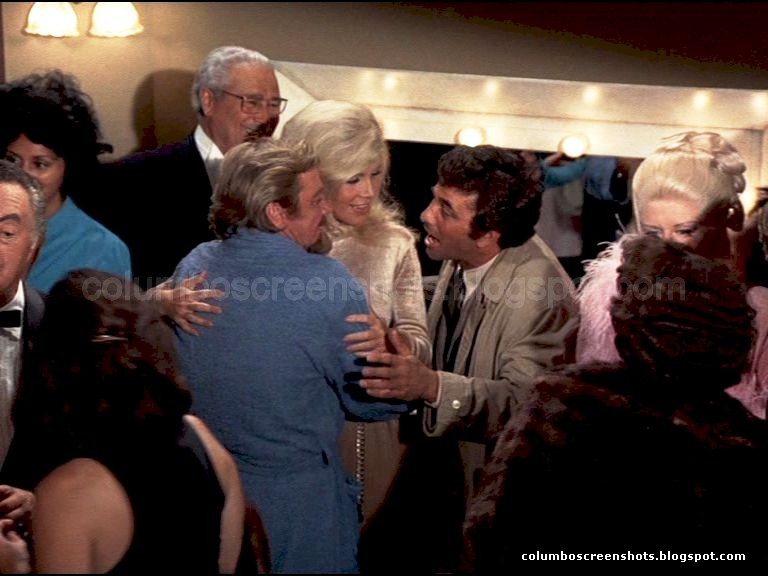 (2). This guy seems to be in quite a few shows. The first appearance was in DEAD WEIGHT, as one of the fellows escorting Gen. Hollister out of the museum. I couldn't find a screen grab of that. Next, he shows up as the guy standing behind Columbo in the parking garage trying to get a glimpse of Sharon Martin's body in A STITCH IN CRIME. He also appears in IDENTITY CRISIS as one of the CIA Operatives at TravelTown. Again, I could not grab a picture of this, but look for him. Finally, he shows up twice in NOW YOU SEE HIM. First, he makes an appearance as part of Mr. and Mrs. Wright and then shows up (with another woman?) the next evening when Columbo attends the show. 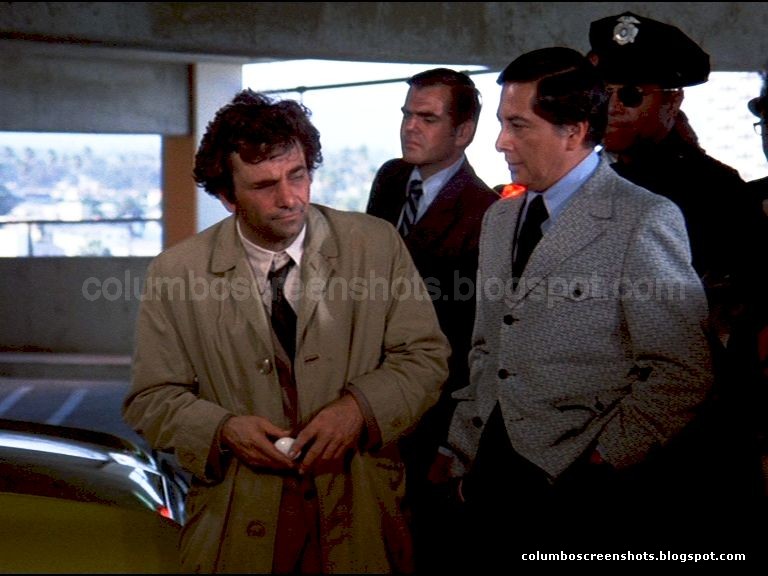 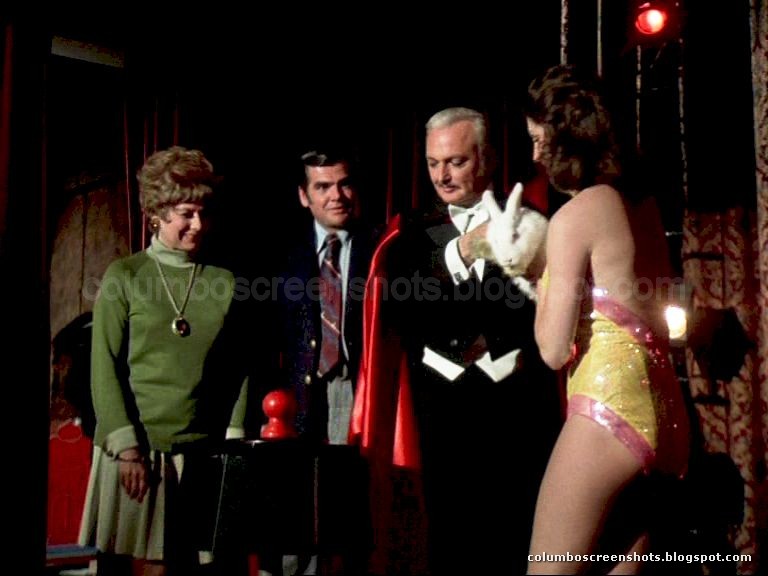 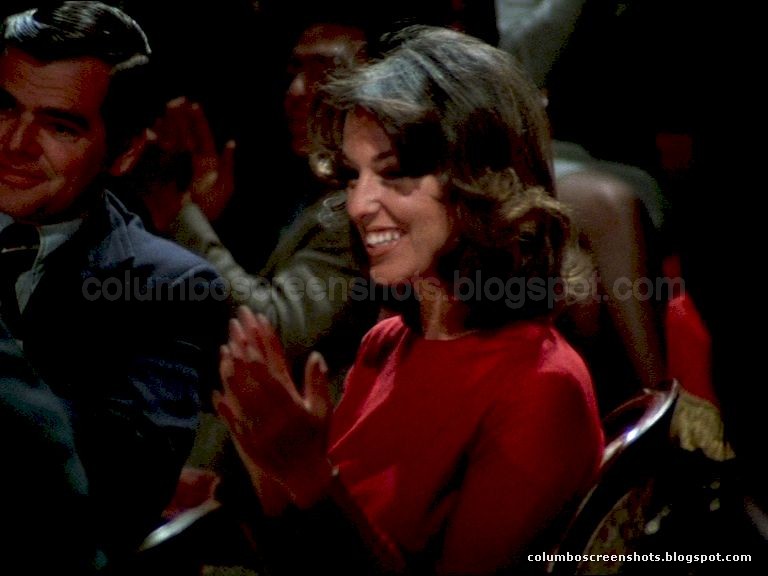 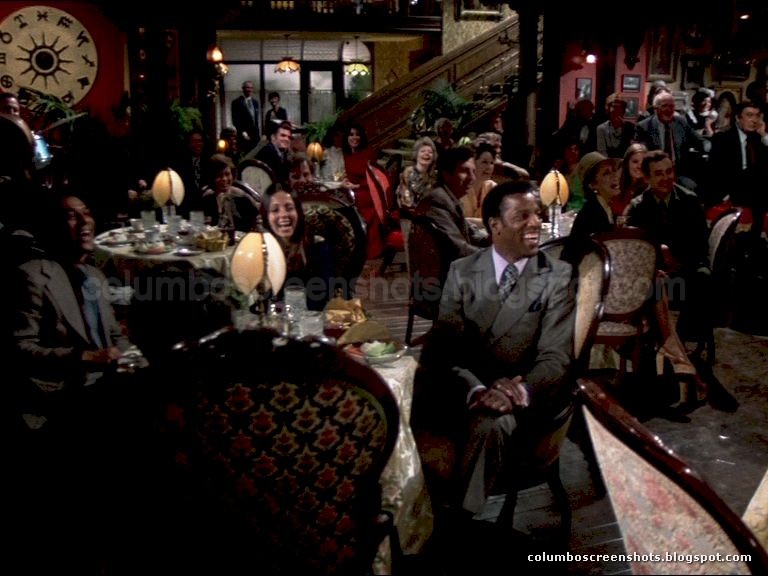 . (Look carefully at the table near the stairs with the lady in the red dress. There's Mr. Wright, again, but this time with a different lady)

There are several I can think of, whose names I draw a blank on.

The Dagger of the Mind actress you mention seemed to make a career out of being an extra. For one thing, in one episode of The Bob Newhart Show where there's a bigger encounter group than usual, she plays a member of it without any lines.

There's also the large man with the kinky hair that Columbo kids about his weight in Identity Crisis. He has a non-speaking role in The Most Crucial Game, and maybe other episodes.

And the actor in The Most Dangerous Match, who plays the reporter who wishes Clayton good luck. He's in a few other ones, like (I think) Double exposure.

Very interesting, John -- thanks for posting! I'm glad you mastered the technique of uploading images to the Forum.

Honestly I thought what you had was probably some instances of "character" actors who made return appearances in small roles, but these are truly bit-players, walk-ons, or extras. It took a great eye for you to spot them making repeat appearances! 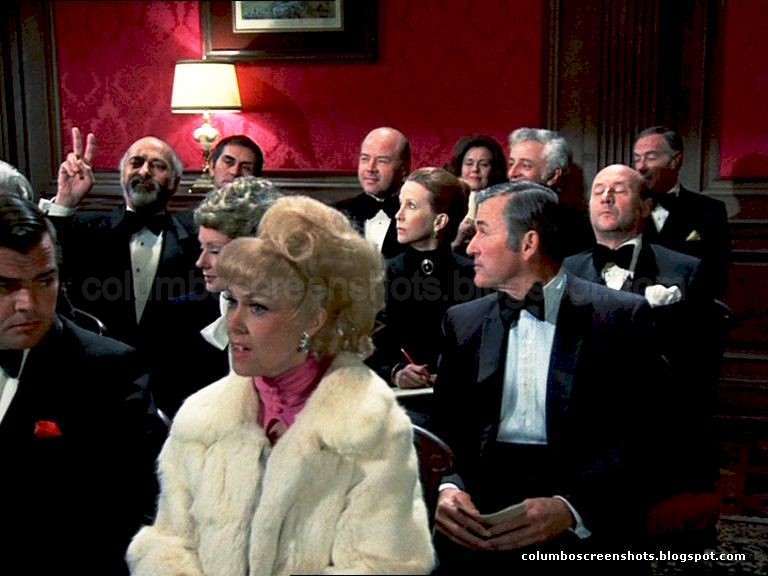